We’d love to learn about your predictive questions and show you how Endor can help.

Your submission has been received

Oops! Something went wrong while submitting the form.

(protocol) How to ask a predictive question? 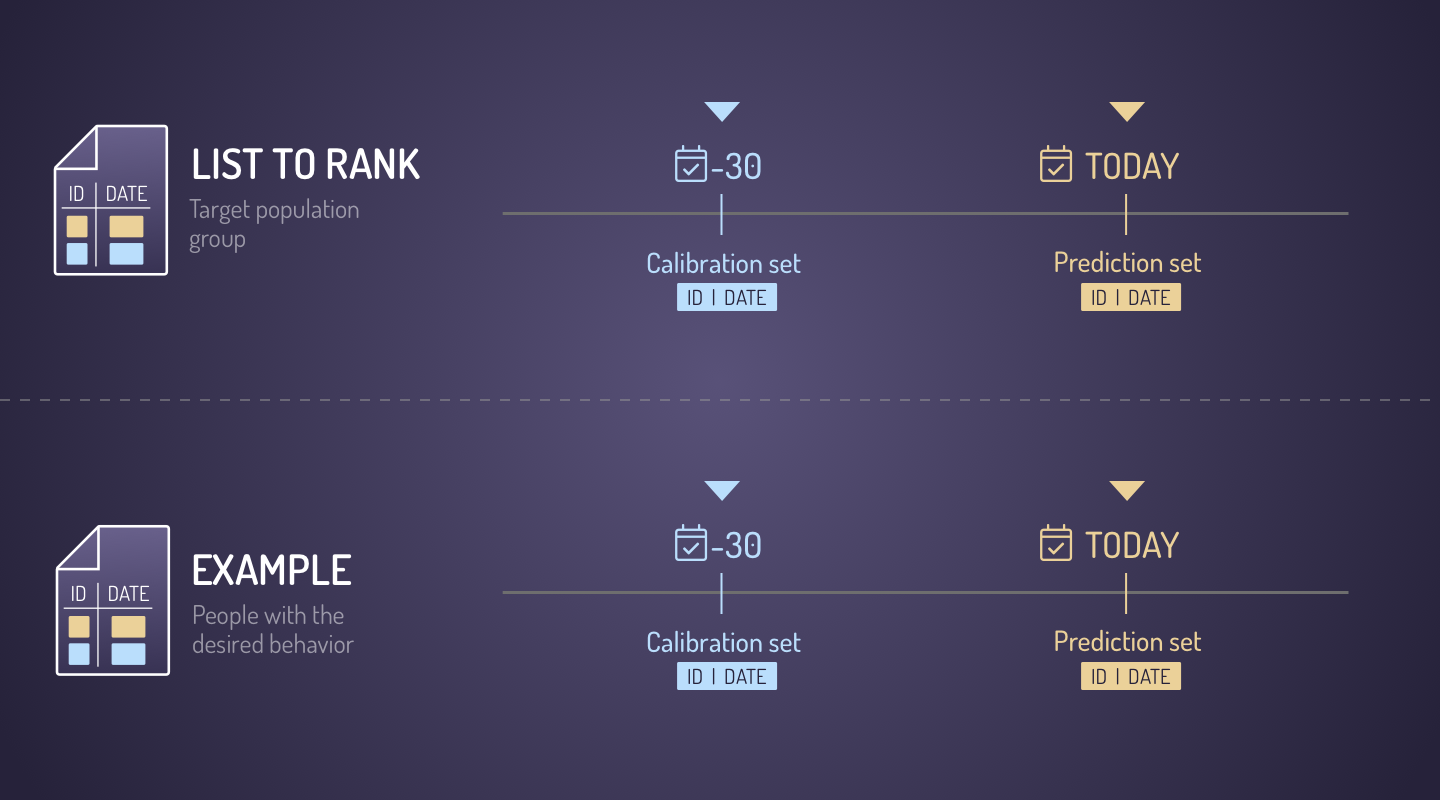 When you create a predictive question, you choose a “List to rank” audience that you would like to rank and an Example audience, who showed the known desired behavior in the past.

In simple terms, asking predictive questions means learning patterns from past behaviors, and applying them to new data. As this is the case, our process requires two types of data sources:

By controlling the characteristics of the example list, you can fine-tune the prediction results. While a smaller example list creates a more specific resemblance group and a very clear entity type (the minimal example group is 100 entities); a larger example list increases your potential reach but reduces the level of similarity between the entities you rank and the example list. We generally recommend an example list of between 1,000 to 10,000 entities.

Let’s dive in a bit deeper to better understand and create the lists.

In order to explain the structure of the LIST TO RANK file in the simplest way possible, we’ll share an example. If a bank, for example, wanted to predict which customers are most likely to take a loan, it would create a list of all its customers with an active credit account, who have an available credit of at least $50, and are left with at least 25% of their available credit, who haven’t taken a loan in the last 90 days.

‍‍This is what your query definition will look like:

Following is an example of the correct date format:

The example list would then include all of the bank’s customers who have taken a loan in the last 30 days but did not take one in the 90 days prior.

‍‍‍This is what your query definition will look like:

Notice that the same query definitions apply in both union sections of the query. You run the same logic on both points in time and gather the information into a single list for the protocol to use when running your predictions.

How to ask a predictive question?

When you create a predictive question, you choose a “List to rank” audience that you would like to rank and an Example audience, who showed the known desired behavior in the past.
Read more > 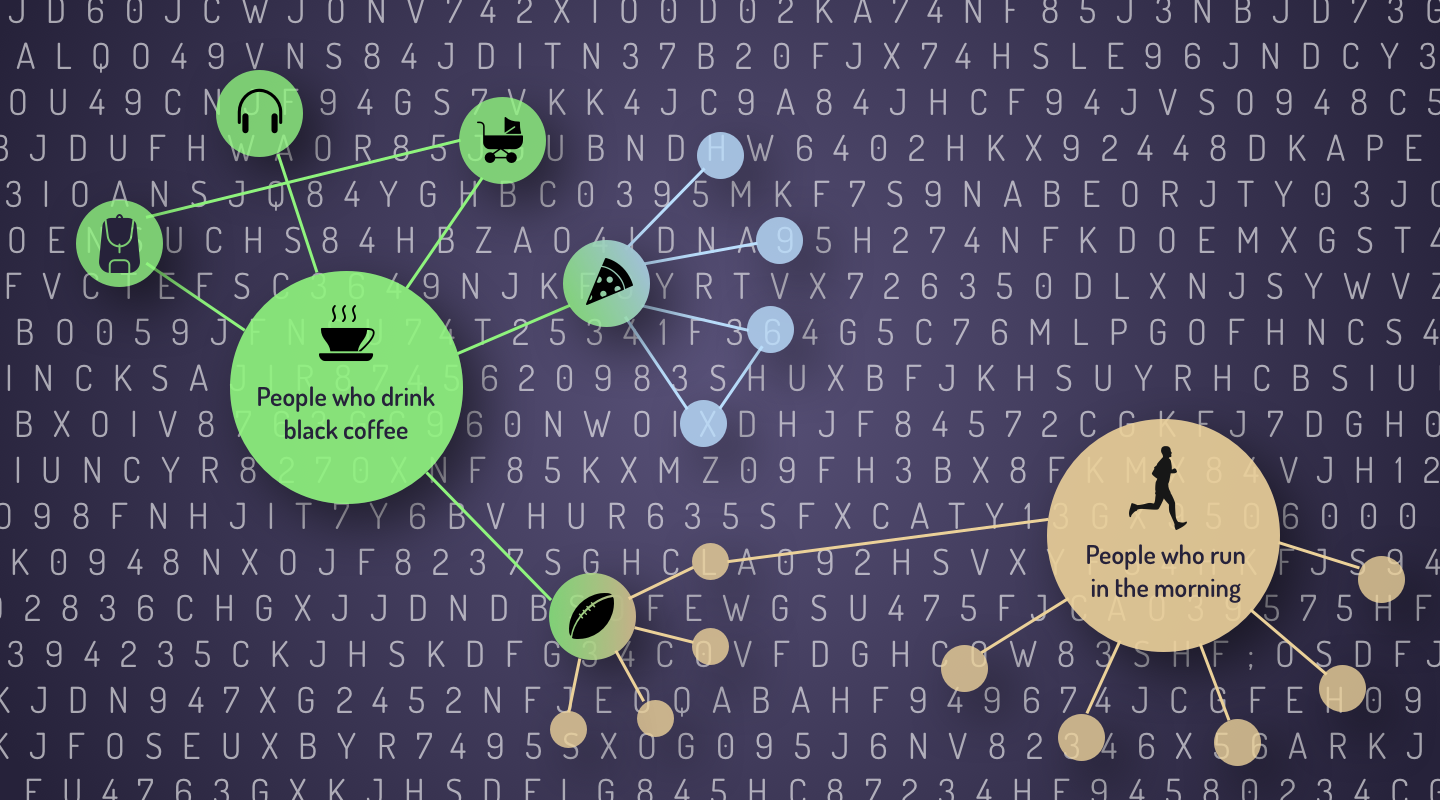 How behavioural clusters extracted from the raw data?